The City of Harker Heights and Dana Peak Park

1. The Park is currently closed from October to March each year due to reductions in the U.S. Army Corps of Engineers’ recreation budget.

2. Citizens express a need for greater access to activities as identified in the 2017 Exploring New Heights study.

3. With Dana Peak Park being a paid use park, gate fees and rental fees will cover the City’s park operation expenses allowing the City to provide greater recreational opportunities without costs to the City’s taxpayers.

1. Dana Peak Park is approximately 560 acres of land that is maintained and operated by the Army Corps of Engineers (ACOE).  Approximately, 110 acres of that land is developed within the park boundaries.  The Park is located just outside of the Harker Heights’ city limits on Stillhouse Hollow Lake. Link to Dana Peak Park map https://www.bing.com/maps/trail/Dana-Peak-Park-Trail-Texas?id=9d49c9ce268dd6040cff6dbb43161db0

2. Dana Peak Park provides a wide variety of recreation opportunities, including boat ramps, restrooms, pavilion area, picnic and grilling stations, beach area, hiking and biking trails, tent camping and RV spots. The facility is one of only two reservable campgrounds on the lake.

3. Stillhouse Hollow Lake was created by the U.S. Army Corps of Engineers with the construction of Stillhouse Hollow Dam in 1968. The 6,430-acre lake is located 16 miles upstream of the confluence of the Lampasas and Leon Rivers, which flow into the Little River.

1. City staff continues to study all aspects of the lease to ensure that the City could maintain and enhance recreational opportunities without additional tax related increases to citizens.  All staff findings will be brought to the City Council for review, discussion, input, and action – if desired.  All meetings are held in accordance with Open Meetings standards.

2. The City has start up monies budgeted in the FY 2020/21 budget should the Council decide to lease the Park. These monies total $88,500.00 and will cover purchases of equipment needed by the City to operate the park. Future revenues from the Park are expected to reimburse the City for these purchases.  These monies were budgeted in the 2019/20 budget but were not spent as staff is continuing to study the lease agreement.  If the City decides not to lease the Park, then these monies will be returned to the general fund.

1. What is the issue that we are trying to solve by leasing Dana Peak Park? To better serve the needs of our community through natural recreation, the City of Harker Heights is reviewing, studying, and considering a lease agreement with the Army Corps of Engineers (ACOE) for the management of Dana Peak Park. The lease will include the management and maintenance of all amenities within this area. Currently, the Park is closed from October to March of every year. A time when weather in Texas is often inviting for many outdoor recreational activities.

4. What type of events does the City envision at Dana Peak Park? Dana Peak Park could host occasional events, such as movie events, music events, Chamber’ events such as the Food, Wine and Brew Festival and fishing events.

5. Will the City charge for use of the current trails? The intent of the Dana Peak lease is to keep the ‘developed’ area of the park (day-use shoreline, beach area, and camping loops) open year-round and a paid access park. If trail improvements are ever desired by citizens in the future the City will bring together all interested parties to discuss how that might be achieved.  Again, any park improvements will need to be funded by users of the park.

6. Will there be a Master Plan for Dana Peak Park? If the City Council does elect to lease Dana Peak Park, the City would desire to develop a master plan specific to the Park at some point in the future.

7. What is cost to taxpayers for the City leasing and operating Dana Peak Park? Based on numbers provided by Corps of Engineers, park visitation and camping fees are expected to generate enough revenue to cover operating expenses and build reserves for flood mitigation. A tax increase is not considered an option to operate the park.

8. Will athletic fields be constructed at the park? No.

9. Who is responsible for the repairs when the park floods? The City will be responsible for repairs to the Park after flood events. During the last major flood (2018), the US Army Corps of Engineers (local office) estimated the cost of cleanup and repairs to be in the range of $30,000 to $40,000.  The City, as part of its review, is looking at the reserves that can be built to pay for any cleanup costs.  Should the Park see a catastrophic flood, such has occurred in the past, then the Park would be closed until the City could seek Federal or State funds to repair the Park.  This is exactly what happened in the last catastrophic flood where Dana Peak remained closed for close to a year and additional Federal dollars were obtained to clean up and repair the Park.

10. What type of commercial vendors does the City foresee? Concessionaires that would offer programs such as kayak, canoe, paddle boarding rentals, fishing supplies, and snacks. These vendors would be mobile.

11. Will hotels or motels be built on the property? No.

13. Will the City’s lease and subsequent use of the Park disrupt wildlife? Texas Parks and Wildlife reassured staff that if no development occurs (think residential, commercial, etc.), there will be no disruption to wildlife. Wildlife will remain in the area and City staff will create educational information regarding wildlife and how best to interact with it.

14. If there is an increase of litter and noise, how will the City handle that additional workload? The City will have full time employees working on maintenance of the park. Currently, the Corps of Engineer contracts those services out and those services are not conducted every day.   The City’s Code of Ordinances would cover any noise nuisances.

17. What happens to the yearly or lifetime Corps of Engineer passes already purchased? Will we be able to get into the park with them? A staff suggestion would be to allow those current passes to be grandfathered for a period.  The duration of time is still yet to be determined.  For example, 6 months to 1 year.

18. Will there be a zip line at the park? There are no plans to install a zip line facility.

19. Will overflow parking be on the grass? This concern has been from citizens worried about the grass and its ability to feed the deer in the Park. It is important to note that deer are a browse feeder and typically do not just remain in one area to feed but rather travel and eat on a variety of plants, weeds, flowers, and nuts to name a few. Currently, the Corp of Engineers has the grass areas designed to be used for overflow parking if needed. 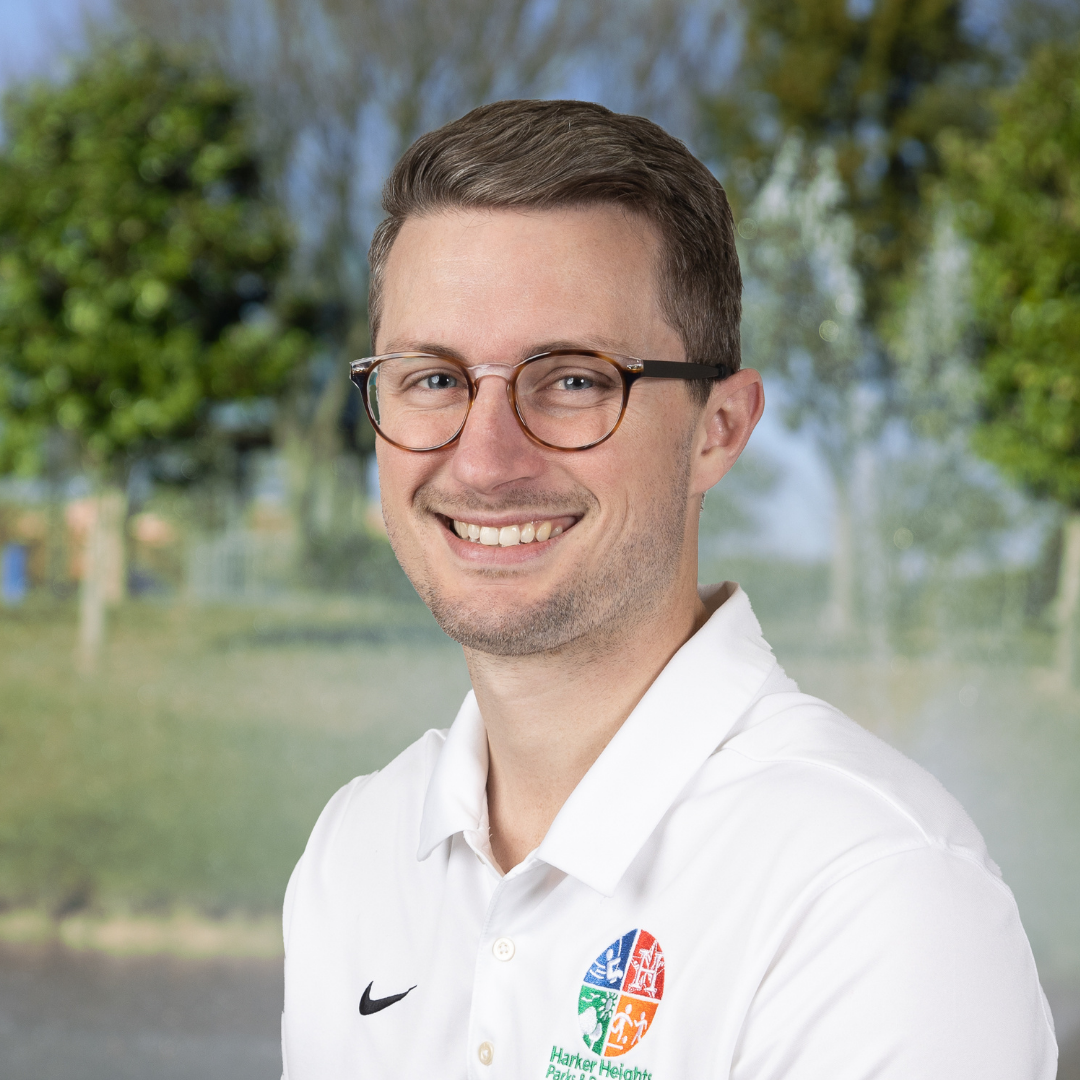 Jeff AcheeDirector of Parks and Recreation[email protected]
Our Vision
To Create Community through People, Parks, and Programs.