The recovery days are listed below to catch up on the recovered routes:

Will pick up the normal Tues/Friday routes

We are currently able to accept household trash at this time.

A reschedule of routes will be published today.

WARMING CENTERS WILL BE AVAILABLE

The City of Harker Heights will have two locations available for community members to get out of the cold. The warming centers are short-term and will offer a warm dry environment with access to restrooms and bathrooms. 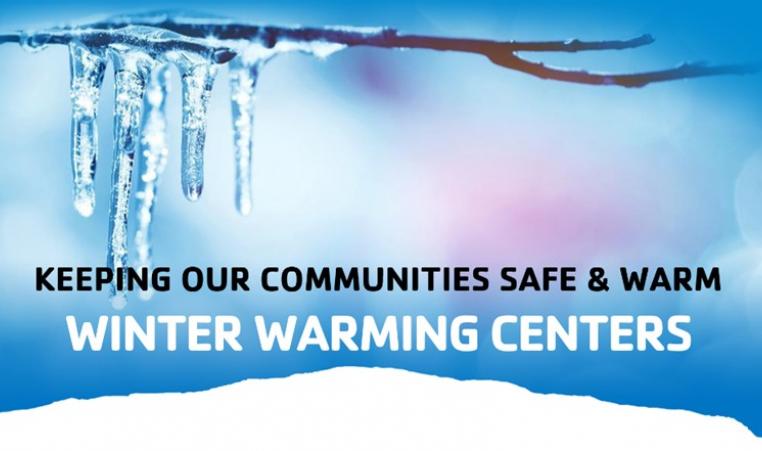 FACTS ABOUT DRINKING WATER DISINFECTION AND THE FREE CHLORINE CONVERSION

Why is drinking water disinfected?

Disinfection of drinking water is critical to protecting consumers from disease-causing microorganisms, called pathogens, including bacteria or viruses. Disinfectants are very effective at inactivating (or killing) pathogens and have enormously benefited public health. For example, the incidence of typhoid fever was reduced by 1,000-fold in the U.S. in the last century by implementing the disinfection of drinking water.

Even with the advancements in drinking water disinfection practices and decreased incidence of diseases like typhoid fever and cholera in the U.S., disinfection of drinking water remains critical for public health. Failure to adequately disinfect water has led to high-profile illness outbreaks and deaths (for example, the 1991 Peru cholera epidemic and the 2000 Walkerton, Canada bacterial outbreak).

What are the drinking water disinfection requirements in Texas?

Chloramine is a long-lasting disinfectant added to public drinking water for disinfection. It is formed by combining chlorinated water with small amounts of ammonia. It is commonly used for disinfection in many public water systems throughout Texas, the United States, and countries around the world.

Why does my public water system use chloramine?

Chloramine is an effective disinfectant and persists over a long period of time, particularly in areas with high temperatures. This makes chloramine useful in Texas’ large distribution systems, such as those of cities with numerous connections and in rural water systems with fewer connections spread out over a large geographic area. Chloramine typically produces lower levels of regulated disinfection by-products (such as total trihalomethanes (TTHMs) or haloacetic acids (HAA5) compared to free chlorine, because it is less reactive with naturally occurring organic matter that may be in the water.

What are disinfection by-products?

What are disinfection by-products?Disinfection by-products (DBPs) are formed when disinfectants such as chlorine and chloramines react with natural organic matter in drinking water. The U.S. Environmental Protection Agency (EPA) regulates some DBPs, such as total trihalomethanes (TTHMs) and haloacetic acids (HAA5) to minimize their health risks. A challenge faced in drinking water disinfection is to protect the public from waterborne diseases while reducing public exposure to DBPs.

Yes, water disinfected with chloramine is safe for drinking, cooking, bathing, and everyday use. The EPA, the Centers for Disease Control, and the World Health Organization have determined that chloramine is a safe disinfectant and that water disinfected with chloramine within regulatory standards has no known or expected adverse health effects.Chloramine, like chlorine, must be removed from the water prior to use in dialysis machines and can be harmful to fish and amphibians. However, proper filters and dechloramination products will address these concerns.

What is a free chlorine conversion (“chlorine burn”)?

A free chlorine conversion (also referred to as a “chlorine burn”) occurs when a water system that typically uses chloramine removes ammonia (needed to form chloramine) from the treatment process, and disinfects the water with only chlorine. Chlorine is more effective than chloramine at inactivating certain types of bacteria. Excess ammonia, which can accumulate in a chloramine-treated distribution system over time, is a source of food for specific types of bacteria that are harmless to people. These bacteria can make it difficult for public water systems to maintain a disinfectant residual, which means that microorganisms that are harmful to people can grow.The “chlorine burn” is a common practice by many public water systems throughout the country to reduce the number of the bacteria so that a satisfactory disinfectant residual can be maintained throughout the distribution system. Chlorine conversions can be used as a preventative strategy or to stop nitrification (the microbial process that converts ammonia and similar nitrogen compounds into nitrite and nitrate), which can diminish water quality. According to a 2016 EPA survey, 25 to 40 percent of the utilities that use chloramine reported using free chlorine burns to control nitrification1.Public water systems should notify their customers prior to a chlorine conversion, because changes in taste and odor may briefly occur.

Why is my water system conducting a free chlorine conversion?

A free chlorine conversion is typically conducted for two reasons:

1.  It is often conducted as a preventative maintenance measure to kill bacteria thatcan make the maintenance of disinfection residual problematic. A film can formin the distribution system piping that can contain bacteria which use ammonia asa food source. These bacteria in this film are harmless to people. When the watersystem stops adding ammonia, the bacteria starve. Therefore, a periodicconversion to free chlorine is effective for inactivating these types of bacteria inpiping with biofilm by interrupting the supply of ammonia and can help preventsubsequent issues from occurring.

Are there any disadvantages to a free chlorine conversion?